You are here: Home > Zachrilege Cast > Wheeling and dealing
By Zach Law on May 7, 2010 in Uncategorized 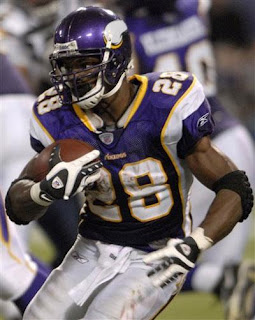 In life, your interest in any subject depends on your buy in. If you live on the periphery, you’re probably not going to care very much. If you’re in the eye of the hurricane, and by hurricane, I mean the small whirpool that you create when running the garbage disposal, you are much more inclined to care.

My dynasty team was on top of the world for most of last season. I had a two-time defending champion. A season that started 6-0 ended 3-4 with a first-round playoff exit. Heads would roll.

When the rookie draft started, I barely paid attention. I let fantastic players like Montario Hardesty fall to me. Was Hardesty going to lead me to the promised land? When has a Browns running back ever helped a team to a championship, besides last year? I had to make a splash.

I found a trade partner. One team had the guts to select Ndamukong Suh at 1.07 in the rookie draft. This was my huckleberry.

I started with a simple salvo. I thought that Matt Schaub and Jamaal Charles would be enough to entice the Adrian Peterson (of the Vikings) owner.

I consulted with a fellow fantasy nutjob and found my offer a bit weak. I changed it to Matt Schaub, Jamaal Charles and a first-round pick for Adrian Peterson. It was brilliant. It wasn’t good enough.

Normally after the first offer, the trade either is accepted or dies. If you get a little negotiation, you feel compelled to hang on. I know that in one deal that we went back and forth probably a dozen times. I got totally fleeced.

The counter was Matt Schaub, Michael Turner, Dallas Clark and my 2011 first-round pick for Adrian Peterson, the corpse of Todd Heap, and a 2011 2nd round pick. This was addition by complication. I didn’t want to give up my top-ranked fantasy tight end so easily. Nor did I want to pick up one top back just to trade off another one. I have plans for The Burner.

I countered with Schaub, LenDale White, Owen Daniels, Troy Polamalu and a first-round pick for Peterson. Keep it simple. Offer White in hopes that a move to Seattle would make him viable. Offer Daniels since before his ACL tear he was scoring at a pace near that of Clark. Polamalu was one of my many quality safeties added as a sweetener.

This was not good enough. My adversary tweaked things one more time. Daniels was gone, replaced by Charles. He offered his 2011 second-round pick again.

Did I want to drop two quality-level starting running backs in the deal? Was four players and a premium pick good enough for ADP and a not so premium pick? I wasn’t sure. Actually no, I was very sure that this was a good deal. I was going to get the best player in the deal. My running back corps next year will be Peterson, Turner, and who cares. I still have Peyton Manning and a gaggle of quality receivers. And I keep the Dallas Clark/Owen Daniels duo, even though the Texans have selected four tight ends in the last two drafts, making it highly unlikely that he stays with the team following this year.

One of the reasons why I started this trade idea was that I thought I might be able to pull one over on this owner based on one horrible rookie draft pick. After wheeling and dealing, I can say that the pick my have been an aberration. Mark brought it.

I mashed the button. Now we wait for commissioner approval. That’s fine, because my sixth round pick is about to come up. Mike Kafka or Jonathan Crompton? Anyone?