You are here: Home > Zachrilege Cast > VY on vacation
By Zach Law on May 31, 2010 in Uncategorized 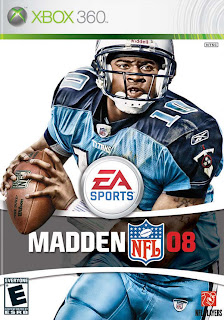 There are many key men in the 2010 edition of the Tennessee Titans. Start with the coaches. Jeff Fisher is titleless. Last year’s 8-2 finish would have been more impressive had it not been preceded by 0-6, and more importantly, 59-0. Chuck Cecil underwhelmed last year as defensive coordinator. During the season he improved the defense from atrocious to average, which gave him a one-year pass. Mike Heimerdinger had to scrap his offense during a mid-season QB switch. We’re waiting to see the offensive mind that was considered a head coach of the future, as he was seen during the glory days of the McNair and Eddie George-led offense.

Then there are the players. Chris Johnson will earn the paltry sum of $550,000 this year, which comes after a $3.86 million bonus that no one seems to remember. He’s clearly underpaid but this might be the worst time in 25 years to ask for a contract extension. Kenny Britt came to camp overweight. Bo Scaife skipped OTAs for no apparent reason. Jared Cook looks like a less accomplished Ben Troupe. The defense that couldn’t consistently rush the passer or even cover guys like Andre Johnson is younger but not necessarily better.

One guy is key. He’s the franchise’s highest draft pick since Steve McNair. Last year was his best year as a pro. If he can’t improve, the team won’t go anywhere.
It’s mister Vince Young, and if you don’t recognize him but happen to stand behind him when he’s not wearing a shirt, you’ll know his name. I read the travel edition (great choice when tons of Americans are out of work) of ESPN the Magazine (insider subscription necessary) and saw what I thought was a Photoshop job on the cover. Vince Young sits on the bottom of a pool with “V. Young” and a giant cross on his back. I assume that picture won’t be part of Tom Condon’s presentation when Young’s new agent tries to get him commercial work.

Tattoos have no bearing on a player’s ability or talent. All they say is “this is the message I want the world to see forever, even if I don’t know that yet”. If he gets a big number ten on his back, he won’t have to wear a jersey on the field.
The article summarized why as a fan I’m torn on Vince. He has big-game ability. His 99-yard game-winning drive against the Cardinals last November was a drive few other quarterbacks could have completed. He did it without running once and without getting the ball to Chris Johnson. The final play was a great example of a quarterback “climbing the pocket”. Moving up in the pocket for Vince is even more difficult for a defense than traditional pocket passers. It makes linebackers and safeties want to cheat up, and it gives receivers extra time to get open.

He’s clearly made progress. But it’s the low point from where he came that frustrates fans who saw him seemingly pull rabbits out of a hat on a weekly basis in the second half of 2006. The magic was gone in 2007 as defenses adjusted and VY got Maddenized. 2008 looked like more of the same before an injury sidelined him. When he ascended back to the starter’s role, it was a simple case of “when you got nothing, you got nothing to lose”.

You take the good with the bad. He was not good against the Chargers last year in the team’s last gasp to make the playoffs. But in the team’s eight wins to finish the season, five were by a touchdown or less. You could say that VY is the reason why the games were close in a good or bad way.

While on the ESPN-sponsored trip, he visited a school and was greeted like a hero. You cannot doubt the man’s charisma. He has a record label. Ask Frank Thomas how that turns out. He was instrumental in getting relief for the recent flooding in Nashville. Hard to call him a bad man after that gesture.

The story mentioned in passing that VY brought his girlfriend on the trip. Then there was the picture. You never ask a woman if she’s pregnant, because if she isn’t you have to commit hari-kari immediately. Or never speak to another person as long as you live. His girlfriend is pregnant. It wouldn’t take much Internet research to see if this is (allegedly) his first kid. I have to be honest, though. Searching using the terms “Vince Young baby” would lead to a lot of links of people calling VY a baby. Actually that’s a good way to keep news about your kids from getting around. When it comes to kid in or out of wedlock, they can help and they can hurt. Tom Brady seems to have done well for himself, but Antonio Cromartie, not so much.

I think the following caption from the article sums up my feelings: “The Colts may rule the AFC South, but Young does a mean cannonball”.

WTF? Exactly. We don’t know WTF Vince Young is going to do this year. That, along with a thousand other questions, makes the 2010 Titans season quite compelling.

Another blog? Insanity
Fantasy files: A brief study of the run game