You are here: Home > Zachrilege Cast > The better team
By Zach Law on June 13, 2010 in Uncategorized 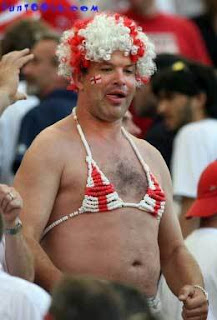 There are games in which you know pretty quickly which team is better. It could be one thing, like the comically easy time England had in scoring their goal in the first four minutes of yesterday’s match against the United States. At that point U.S. fans had the sinking feeling they had in the opening match of the 2006 World Cup when they got smoked 3-0 by a Czech team that didn’t even make the second round. As the half went on, England had possession but the U.S. made small attacks down the field. The equalizing goal was a bit of a fluke, a bouncing ball that the goalie’s stopping 99 out of 100 times. It didn’t matter. The better team has to overcome that. 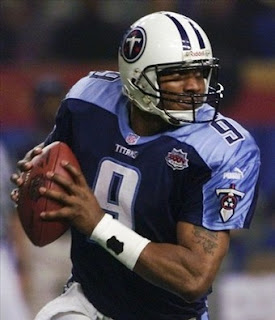 I contrast this to Super Bowl 34. When I saw the preview on the NFL Network I had to TiVo the game and see exactly how close the Titans came to winning the game. History tells us that Kevin Dyson finished one-yard short of victory. Of course if he had scored there was about a .01% chance that Jeff Fisher would have gone for two, although considering the Rams offense (hard to write that today), it might have been the smart move.

It was a sloppy game. The Rams dominated in the first half, getting into the red zone all five times. The first field goal attempt was botched. The third was missed. I assumed from my hazy memory of the game that the Titans were completely inept offensively. They got in field goal range in the first quarter and Al Del Greco missed. In the third quarter with the score 9-0, his second attempt was blocked. Both plays were critical in the final score. When the Rams took the 16-0 lead the game seemed to be over.

Fisher made a couple of tactical errors. He went for two trailing 16-6 late in the third quarter. It was too early to go for two. The team failed. If he had not gone for two, the game would have been different. When Del Greco tied the game later, the Titans would have taken the lead and Martz might not have tried the deep pass that won the game.

But of course it’s 11 years later and Steve McNair is no longer with us. This was his one shot on the big stage and he acquitted himself well. The stylistic contrast between him and Kurt Warner was vast. Leslie Visser and Brenda Warner’s outfits were contrasts in terrible. I never saw a telecast that went to so many wives. We saw the wives of both starting quarterbacks and both head coaches. They don’t do that anymore, or perhaps Brenda Warner was an object lesson.

Eddie George was a freaking beast. It’s good to remember him at his peak as opposed to the later years when he was broken down. Chris Johnson fans, take note. You can’t take away his two Super Bowl touchdowns.

As for the final play, the Titans clearly had the worst receiver corps ever to appear in a Super Bowl. Isaac Byrd, Kevin Dyson, and a Derrick Mason a couple years before he was ready along with two decent tight ends wasn’t much. If the Titans won that game, it would have felt like the worse team prevailed. When it’s one and done, that happens sometimes. Just ask a panicked England fan base.

Number five is not alive
This just in: Vince swings